The Central African Republic’s ongoing conflict has claimed thousands of lives and has forced hundreds of thousands of people to flee their homes. Despite a fragile peace treaty, many Central Africans still become victims of violent clashes between the Islamic Séléka movement and the Christian Anti-balakas on a daily basis. Cordaid supports the ailing population by providing access to basic services such as water, food, healthcare and education.

A mother and child in a settlement for displaced persons in Alindao, Central African Republic. Image: Elorry Mahou/Cordaid

Hawa Ouyaya is 35 years old and a mother of four girls and a boy. Since July 2017, the family has been living in a settlement for displaced persons in Alindao, in the remote south of the Central African Republic.

Central Africans who leave their homes, farmland and villages behind to flee the violence, seek refuge in these camps, where aid organizations try to alleviate the most urgent needs as much as possible.

Fleeing with nothing but the clothes you are wearing

On that fatal day, when the Anti-balakas stormed her village, Hawa and her children ran into the jungle with nothing but the clothes they wore. If they had time to think about what had just happened to them, the grief, the panic and the dismay would have been unbearable. As many as fifteen close relatives of Hawa were killed during the attack.

“I pray that my children and I can live a normal life again.”

But time to think was not a luxury they could afford. All that mattered was, getting the kids to a safe zone as quickly as possible. Thankfully, they met a compassionate driver who would provide a ride to Alindao, 150 kilometers away from their home. Away from the fighting.

In Alindao, Hawa and the children received food, clothing, soap and free health care at a hospital, which is supported by Cordaid. At the time, Cordaid was already helping 70,000 displaced people in the area, by constructing water supply systems, latrines and showers.

“The situation has been very dire,” says Judith Manni, humanitarian aid coordinator for Cordaid, who has just returned from a field trip to Alindao. “The area was completely burned down. Still, I have also seen people already return to their homes. Since the peace treaty took effect, more regions in the country have become accessible and more and more people return to their cities and villages. That is a positive development. Unfortunately, at the same time, there are still many violent incidents. The country is still very fragile.”

In addition to clean water and better hygiene, Cordaid also helps the people of Alindao with food security. Through the distribution of seeds and agricultural tools, the population can cultivate the land and create a livelihood for themselves in the long term.

Both the population and the other aid organizations in Alindao have expressed their appreciation of Cordaid’s response and approach.

“The farmlands are in good condition and many people are now able to make ends meet,” says Manni. “The success of the project could inspire more organizations to follow our example to provide support in this way. The necessity is still there, and it will take some time before everyone can live their lives in normalcy.”

In the meantime, Hawa is working hard to support her family. She chops firewood to sell to the other villagers and, together with a group of women in the camp, she creates vegetable gardens to grow produce for their own consumption.

“We can’t go back to our old village,” says Hawa. “We have lost our land. We have lost our cattle. I pray that my children and I can lead a normal life again. We hope that the security will improve and that the authorities in Alindao can help us obtain a piece of land so we can start rebuilding our lives.” 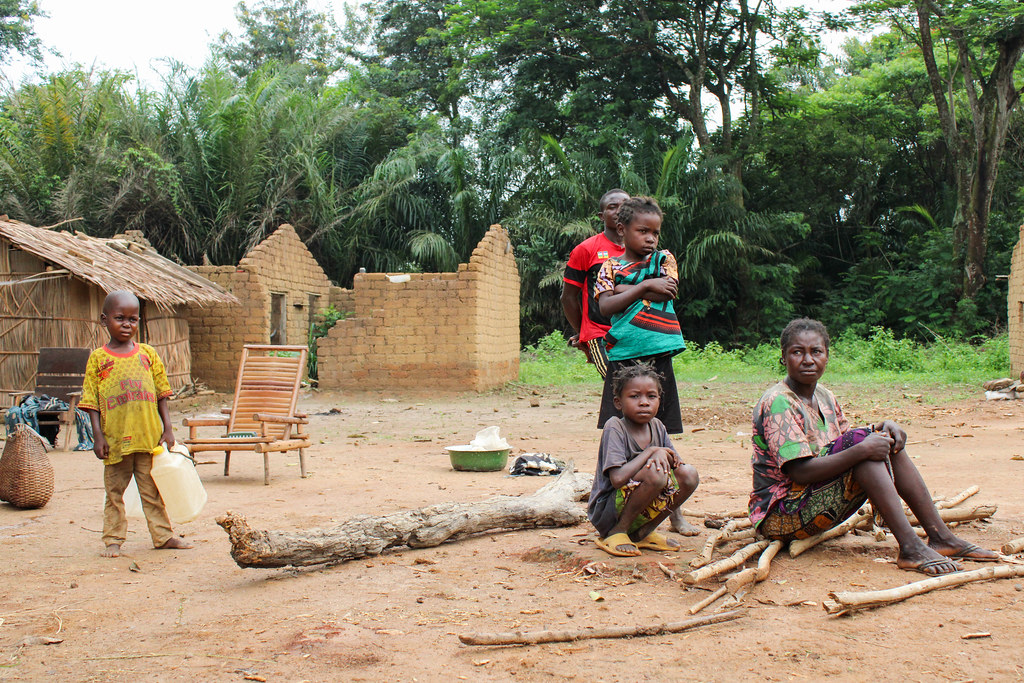 Read more about Cordaid’s work in the Central African Republic

Countering COVID-19 in Afghanistan. “Let this be a wake-up call”

“It’s a bit like my parents are here again”

Reaching out to displaced families in northern Syria